Famous Musicians and Pop Stars from Victoria, BC 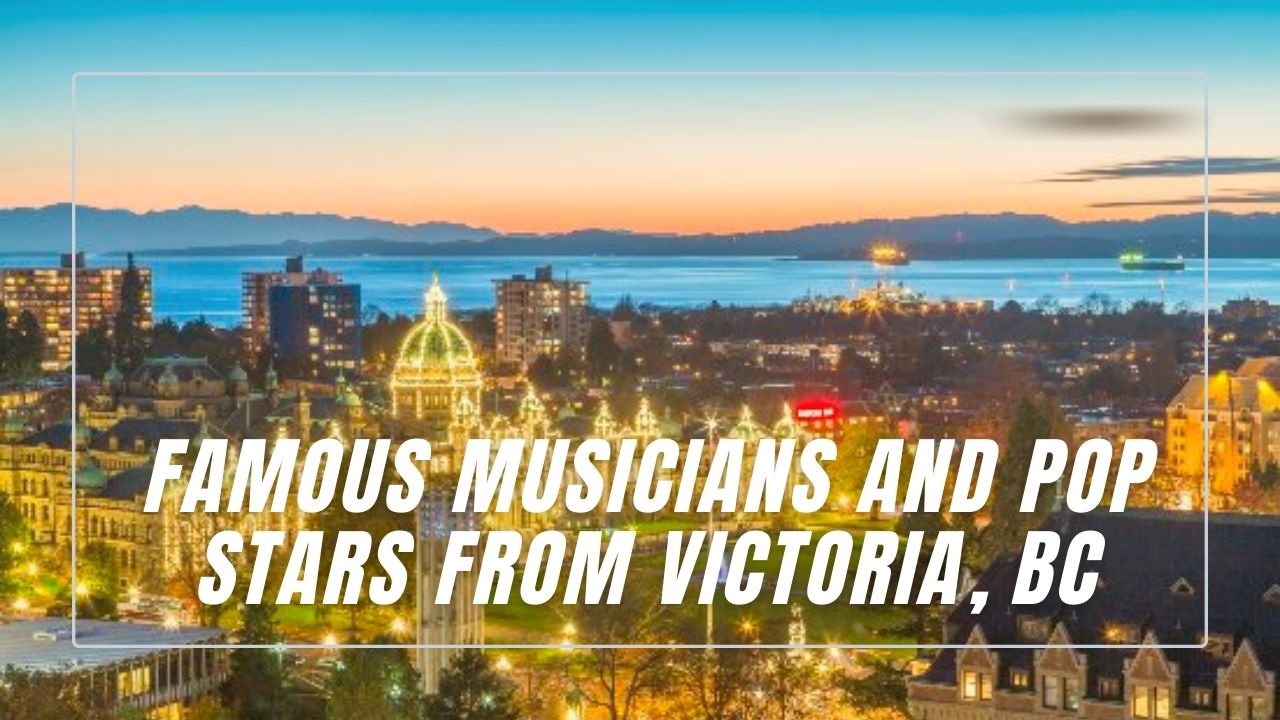 Interestingly, Victoria, BC, commonly known for its perfect growing climate and beautiful scenes. But it has also attained fame for its famous music stars that have taken the Canadian music scene by storm. We are going to run through the most famous pop starts from Victoria BC.

Although Canada’s top song lists often feature more electronic house music as with Australia and Europe, in the city of Victoria, there has been a widespread of multi-diverse genres like; Pop and Rock.

Who are Canada’s Most Famous Singers?

Some famous musicians and pop stars from Victoria BC, have been accepted worldwide for their talent and good music. In this blog, we have listed some of the famous music artists from Victoria, BC. Of course, do remember to add SuperSauce from Rockstar Nights to your list!

Visits to Victoria will serve you one of the most famous offspring of Portuguese immigrants, Nelly Kim Furtado, who was born in Victoria, BC. The late nineties were her starting point for her multifaceted career. Earlier, Nelly was briefly part of a trip-hop duo before she finally worked out a solo record contract, the result of which would be “Whoa, Nelly!”: After a restrained start, the record released in autumn 2000 became an international success thanks to summer hits such as “I’m Like a Bird” and “Turn off the Light.” Nelly made our top spot of pop stars from Victoria BC!

For so many artists in the so-called Canadian boomer generation of music, many associate a personal milestone with a Bryan Adams number. Of course, some of his hit singles are his longing memories of the “Summer of ’69”, which for a long time could not be missing at any serious prom. Today, however, it is Adams’ most famous song, which is the absolute sing-along favourite among driving Canadians, according to many surveys.

A true offspring of Victoria, Aidan Knight, was born and raised in the famous city. Aidan became a regular of the local scene due to his talent in numerous bands. His first solo release came about in 2008, a single titled “First Takes,” and he has never looked back since then. Currently, Knight has a new album titled “Aidan Knight” out for public streaming.

When you mention Canadian blues and Blues music, look no further than Victoria artist Jesse Roper. His career took off in 2009 but didn’t make his debut till 2012. This was when he released “The Roper Show EP.” Currently, Roper is still active with music and has been recognized on many shows around Canada and the US.

Often abbreviated as BTO, Randy Bachman, Robbie Bachman, and Fred Turner founded the Canadian rock band. Their fantastic music received multiple accolades in both Canada and the US.

The BTO rock band became popular in 1973, although they had a long streak of being on and off the music scene between years due to personal differences within the band. Their latest recognized album was released in 2009. This was also the year where Randy Bachman and Fred Turner reunited for a tour.

Burton Cummings has been a face in Canada’s rock n roll music scene throughout the years. Debuting as a solo artist in 1976, Cummings released his first single, “Stand Tall,” which led him to be recognized for the gifted artist he is. During the 80s and 90s, he toured worldwide and shared stage with the The Beatles.

Burton Cummings is still active and holding concerts in Canada and the US.

Known mainly for her numerous appearances in the Playboy Magazine and her successful career as an actress, model, activist, author, and television personality, the Victorian star came together with Bryan Adams in 2020 to release her feature song “When You Are Gone.”

Although she is not known much for her singing abilities, Anderson displayed her diverse talent on this perfect piece of rock. Most recently having her life documented in the Disney Plus documentary ‘Pam and Tommy’, this Hulu show revealed her antics once Anderson moved away from Victoria, BC. This show has been a huge hit!

In 2021, it was reported that Pamela Anderson will be moving back to Vancouver Island after selling her Malibu home. Perhaps the next guest star at the Rockstar Nights music bingo event in Victoria?

Victoria BC Music Artists Have Talent!

Many of these artists rarely perform in Victoria, BC now. However, if you’re lucky, you may spot some of these pop stars from Victoria BC.

If you are looking to host your own music bingo night, be sure to check out Rockstar Bingo as the music bingo generator app of choice. 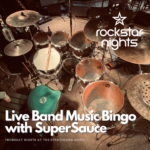 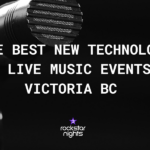